NETFLIX IS FREE, BUT ONLY IN KENYA

Blog News NETFLIX IS FREE, BUT ONLY IN KENYA 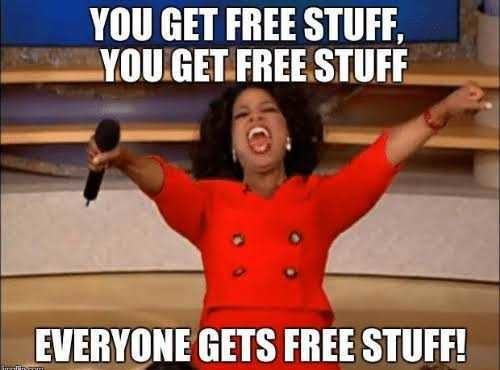 Netflix has announced a free mobile plan for subscribers in Kenya. Why, you ask? Well, to boost growth in the region.

Their aim is to let Kenyans see what the fuss about the platform is all about, and hope that they’ll find the content captivating enough to move on to paid plans.

There’s a lot that won’t be included in the free plan like the download feature. Some TV shows and movies will also be locked, and any free-plan subscriber that wants to access them will be prompted to migrate to a paid plan.

Why Netflix needs to boost growth?

We’ve written about this here but here’s a quick recap.

Netflix’s growth in Africa is falling short of expectations. In total, Netflix has less than 2.6 million subscribers on the continent. That’s a small percentage, especially when compared to the 27 million subscribers the platform has in Asia, or the 38 million subscribers in Latin America. Netflix was launched in both regions around the same time but Africa still lags in growth.

From this end, it still doesn’t seem like it. One huge hindrance to Netflix’s growth on the continent is data prices since people have to stream content.

Here’s how most people see it: after they pay for the content, they still have to spend money on gigabytes of data to watch what they have already paid for.

Even though this is the digital equivalent of paying for a product and delivery fees, it’s still not as popular a concept here because the PayTV services like DStv we use don’t require additional fees for streaming.

Data in many African countries is still expensive and streaming Netflix doesn’t go easy on the pockets. An hour of streaming movies or series on Netflix costs 1GB of data at standard definition, and 3GB at high definition.

Kenya has more affordable data plans and this, perhaps, is what Netflix is targeting. 1GB of data can cost as low as $0.27 in the country so it’s definitely possible that more Kenyans will patronize the platform.

Zoom out: Netflix is right to push for growth. Even though streaming services in Africa are quite new, there are many contenders for the people’s cash hearts with platforms like ShowMax and IrokoTV trailing Netflix with similar pricing and products, and PayTV services like DStv working on providing cheaper packages.

NETFLIX IS FREE, BUT ONLY IN KENYA

Get all latest content delivered to your email a few times a month.

Got a Question & Need Immediate Answers??

Submit your Questions Here...We are always Ready to Take all you Enquiries...